A few weeks ago I connected with Shaun Reed, a fellow climber from Colorado who seems as passionate about climbing as anyone I have...not met yet. While spraying about everything that I have ever climbed, I realized the Unemployment Line on Mt. Broderick was one of the lines he and Scott Nelson did the First Free Ascents of. They trained their asses off and were documented for a fairly cool North Face video. In any case, I was telling Shaun how much Cristiano and I enjoyed the climbing on their new route, how the best hold on the 11c traverse got ripped off, how cool the summit of Mt. Broderick is and how photogenic the route was...I was sure Sean didn't know it already. When I was about to send him my trip report with all the photos of the route, I realized one was never produced. OOPS. Maybe because I didn't have time, forgot, I don't know what, but it was not because I wanted to keep the experience to myself. Since I'd like to recommend the route to all those looking for a cool, difficult (for an average weekend warrior like me) climb to add to the Spring tick list!

My first attempt at climbing the Unemployment Line, ended up at the Cookie Cliff, as I created a giant clusterfk and wasted a ton of time by starting up a different route to the right of the UL. A month or a few seasons later I returned with Cristiano so that we could actually find the damn thing. To my surprise, we did. All we had to do was to face the difficulties and to climb it, which was much better than hiking down and driving to the Cookie Cliff. The quality of pitches was like stacking some of the cookie cliff gems on top of each other. Kind of like lapping Catchy Corner with a lot more variability, much better views, no fixed rope in your face and no one to wait for. Bring small offsets for the first pitch, extras in fingers to #1 camalot and get on this thing, as it WILL have lines in the future. 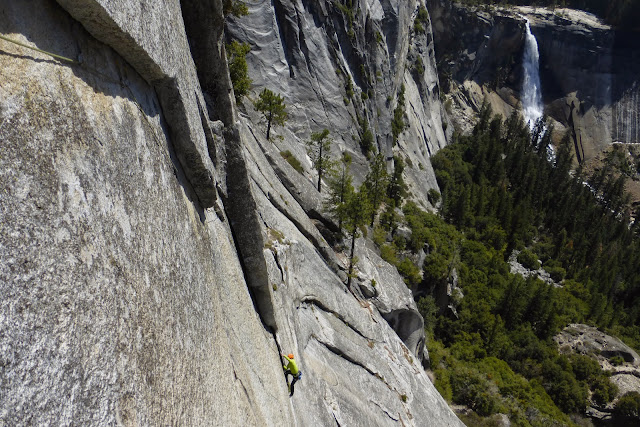 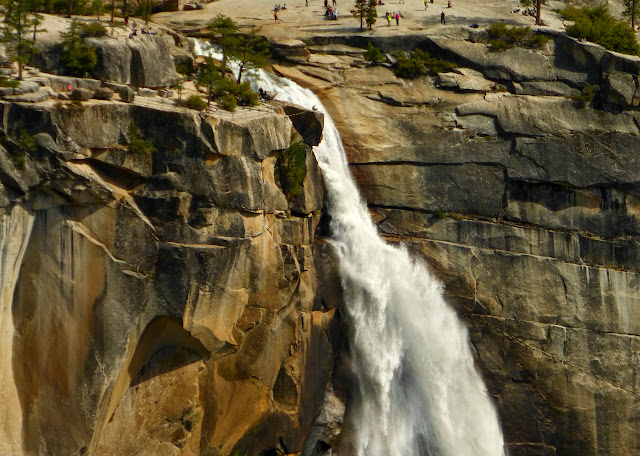 GO GET IT! Spring and Autumn is the best time to do this route as the cliff is south facing and warm!

The last few months have been eventful, to say the least. A lot of hours spent at work, a lot of hours training for far too many objectives, a commitment to a bit of weight loss before the alpine rock climbing season and emotional stress after losing a friend. It would take forever to elaborate on every topic in detail, especially the premature departure of a friend. Aside from that, all the 'problems' are first world problems - the good kind! I am not complaining about being able to earn a bit of extra cash. Nor am I trying to whine about climbing, which for me is an exercise for coping with different kinds of stress; mental and physical. When an individual, in this case myself, has too many objectives on his mind, the riddle of prep is a good one to have. Being indifferent, not having the purpose or being held back by declining health would be a different story...

No matter if one is religious, following a cult or doesn't care at all, it is difficult to see a young, athletic and kind friend suddenly fall to an illness and perish. During the first hospital visit, the recovery seemed like a matter of time. A few days later, I got an email saying Edward will be taken off the life support and the best time to say good-bye is now. Shocking. The following day I was lucky to see him alive for the last time. We talked about the good times, with hopes that although in an induced coma, he will listen. As we discussed the days we shared hanging off different cliffs around the US, his oxygen saturation went up. Was it a coincidence or did he enjoy the conversation?

Although, I don't follow organized religion, I feel like there is much more to the words GOD, HELL, SOUL and HEAVEN. More than the common dictionary definition suggests. In my opinion, there is much more to the words MIND and CONSCIOUSNESS as well. I hope there is. A way to find some meaning in something sad, maybe? Self-deception? Possibly. I never believed that people die and their souls go to a perfect world where we mingle with the other dead relatives in perfect harmony. Of course only if the individual went to a man-made mass place of worship frequently, donated cash and asked another human, supposedly wiser and closer to the all-seeing being we call god, to pray for our forgiveness. I can't prove this is not the way things work, but yet to find a preacher of ANY religion with physical evidence to prove their fable has some merit. If the all seeing being is supposedly so kind, he wouldn't want the non-believers to burn in eternal hell, why would the god be so cruel? With an estimate of about 4300 religions worldwide, how can one be sure they are following the true path to heaven? Not sure if my way is any better, but to me the ability to have another day on earth is heaven, while wasting the limited time is as good as hell - meaning-less misery. 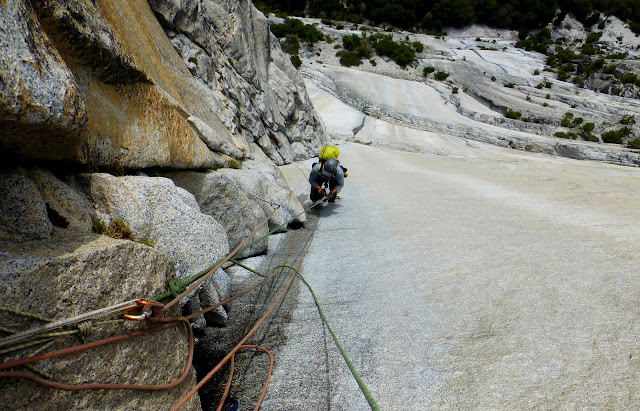 When people like Edward touch lives with their positive spirit, they leave their mark, making the world a better place. Staying with us for eternity. They influence us to spread the positive message, by word or by action, they influence us to be a better person. It is unfortunate he has not had a chance to touch more lives, but concentrating on the negative does not do the world favors. Life won't always be perfect. Unexpected and undesired things will happen to the best of us, so will the things we can't fully understand. It is important to remember the number of days we and our family members have left here on earth are limited, therefore they are precious. Well known characters like Jesus Christ and Muḥammad are likely worshiped in the modern times because of the positive message they carried during the limited time they had on earth. I did not live back than, so can't confirm how positive their message really was, but if the point of religion is to guide humans to be kind and forgiving, I am all for it. Unfortunately humans are humans and over the years used religion as an excuse to gain power, possessions, go to war and yada yada. Nothing is perfect and neither am I. Over the years I have said and done stuff I wouldn't want to admit to a good friend. I hurt those around me and myself with my actions and with my words. Controlling own fears and aggression is a good start, and maybe this is why climbing and the work I do in a daycare center for seniors is important for me after all? Maybe this is why I try to surround myself with people who bring out the best in me, which is also the reason why losing them is so harsh? As usual, more questions than answers and that much more reason to value each day, as there is no guarantee there will be another. 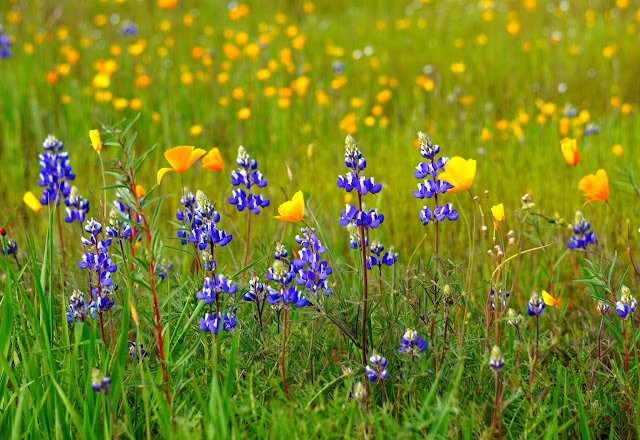 During the winter I did my best to rest from climbing rock and focused on ice, training at the gym and skiing, the alternatives I actually find super fun. When Brian proposed to do the South Face of Watkins in mid March, at first I got excited but than realized it will involve a lot more work than cragging at the Cookie Cliff, which was something I would be more psyched on at the moment. Climbing in good company is worth something and the season of climbing long routes is near, so I decided to suck it up and join the party. It was a great way to prepare for a trip to the Arrigetch, which Brian and I are planning for August. Turned out it was even more like the Arrigetch than we would want it to be. Majority of the cracks were running with water and we were shut down on the hope to free climb the majority of the route. For what it is worth, it was still great, with incredible views of Half Dome to the west and Cloud's Rest to the Southeast. Along with being an impressive rock face, Mt. Watkins has some of the best views out of all the walls in Yosemite that I have climbed. Majority of the day was fun thanks to the awesome company and I was happy that my lead block was the first. In the end of the day, with the upper cracks resembling a waterfall, Brian had hell of a time overcoming the challenges. As Brian approached the last overhang, Chris and I slowed our breath and hoped it is possible to do the last section of the wall while it is running with water, bailing from here would blow. Brian made it possible and we were excited to join him on top. The moon was bright, illuminating the outline of Half Dome and the surrounding hills, which was a wonderful treat in the end of the long day. But our day was not over, we still had A LONG WAYS back to the car. Seven miles could have been no big deal under different circumstances, but hiking through the snow made things complicated. Although most of the snow was frozen firm and Chris found a snowshoe track to follow, punching through was common and so was slipping on our ass at times. Restricting calories for a few weeks prior to this climb was catching up and half way down I wished for a magic carpet, or at least a warm bed. 23 hours after leaving the car, we stumbled back to the trailhead. The descent took seven hours! Lack of a campsite forced us to drive out of the park and by 5 AM I finally had the pleasure to crash out in the back of my car.

The morning was rough. Less than five hours of sleep apparently was not enough rest and my body felt sore from the effort. It brought a sadistic smile to my face - 'another day well lived.' Time spent pushing and exploring is what I consider living, in heaven. On such days it is not uncommon for me to call out to the higher power. For wisdom, strength, luck, protection or in attempt to free my mind of anxiety, to escape from distractions, so I could focus. Is god a higher power, or a metaphor for something within every living being, maybe a part of our conscience? Whatever it is, I consider this power a force which unifies humans. The true higher power does not divide us based on the label or the symbol of their religion. It allows us extra strength to deal with daily stress, preventing us from unleashing our negative emotions onto those near by. It is something that should remind us to treat our family with respect now, rather than wait till you the fabled heaven to do so. I hope it is something that will allow me enough self control to create, rather than destroy, to be an honest person, make more friends than enemies and ideally add kindness to the lives of others, as Ed did to mine. 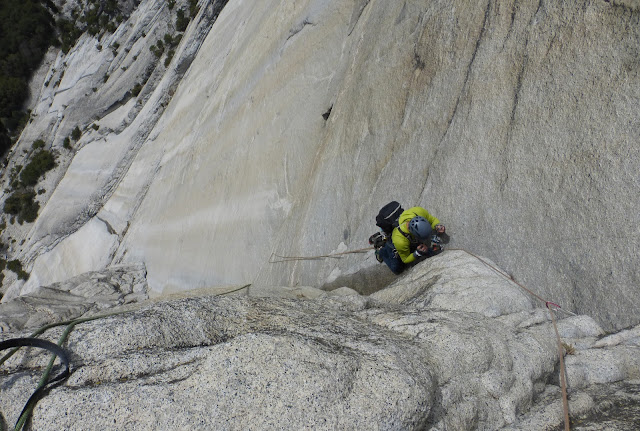 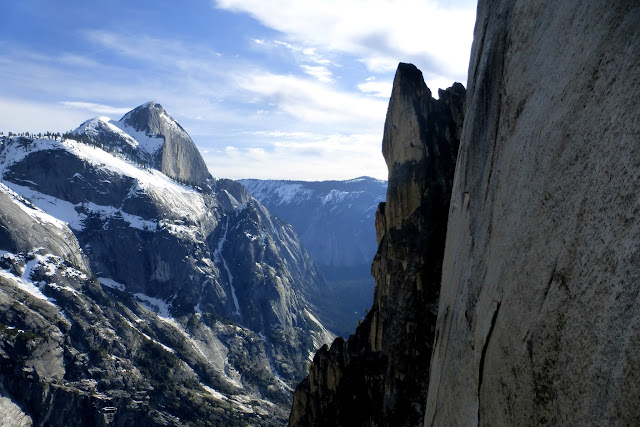 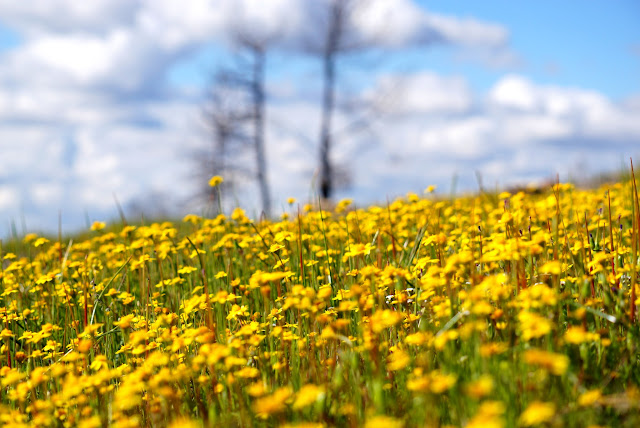 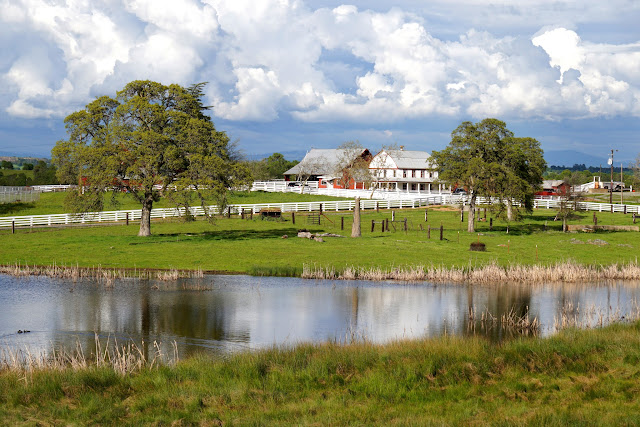 Posted by VividReality at 3:29 PM No comments: