Bugaboos & Beyond: My Dream Vacation

Two weeks of vacation with seven completed alpine climbs in Washington and Bugaboos (BC, Canada):
North Ridge (full, with gendarme) of Mt. Stuart (IV+ 5.9)
West Ridge of Pigeon Spire (II 5.4)
NE ridge of Bugaboo Spire (IV 5.8)
Wiessner’s Route on Snowpatch Spire (IV 5.8)
Beckey Chouinard on South Howser Tower (V 5.10+)
South Face (Stanley Burgner var) of Prusik Peak (III 5.9+)
Backbone Ridge on Dragontail Peak (IV  5.9)
One of the reasons I fell in love with climbing is due to it's unpredictable nature. At times it is too unpredictable, even for my taste. One moment I felt on top of the world after day-climbing full North Ridge of Mt. Stuart, as our warm up climb for "bigger things." In a few hours my hand swell up to the size of a small mitten. I trained hard for a year to attempt Beckey-Choinard (V, 5.10+) on South Howser Tower with my friend Bryan during our two week vacation, and now chances of getting on any route in the next week seemed slim to none. "Will my partner be upset if I am unable to climb? Should I go to a Emergency Room instead of driving to Bugaboos?" These were the questions swarming me like a group of agitated bees, as I drove towards the Canadian boarder from Leavenworth .


Since pocket glacier on Mt. Slesse did not come off by the time we set off North, Bryan and I decided to settle for another long route in Leavenworth area-Full North Ridge of Mt. Stuart (with gendarme). Since we only had a one day weather window, climbing it car to car was a good additional challenge. As a climb included in '50 classic climbs of North America " North Ridge is mostly cleaned from choss, but maintains it's true alpine nature, and overwhelming dominance of the valley.


After pitching out first two pitches we simul climbed the rest of the ridge till we reached the gendarme. Route finding was easy, and climbing on the crest ended up being better than expected. We climbed two quality pitches up the gendarme and simul climbed the rest of the ridge to the summit. On the way to the summit I found another 5.8ish jam crack on the crest for additional joy. Less than 7 hours after we reached the base, we stood on top.  For a few minutes (or thirty) we forgot about the long descent and took in the views. Surrounding peaks were almost as scenic as granite walls we are used to in our home range- Sierra Nevada. In addition, Mt. Rainier was also visible on the horizon. We signed the summit register, and begun the descent back to Stuart lake trail-head. After an unpleasant descent down Sherpa Glacier and bushwhack through Mountaineer's Creek, I realized my hand was throbbing with pain, and swollen.

On the way to Bugaboos Bryan and I agreed that we will take it day at a time, and enjoy our vacation no matter what. On the following day we covered our car with chicken wire, but unfortunately were unable to spot a rubber-eating porcupine. First thing that grabbed my attention on the approach was the broken-up glacier at the base of Hound's Tooth. Second, were stories about remarkable for-the-time ascents done by Conrad Kain (Canadian version of Norman Clyde). Among his greatest achievements were the first ascents of Bugaboo Spire and Mt. Robson- both of these are still difficult objectives for modern day mountaineers.
After getting to Applebee camp, deep down I was happy that the forecast for the next day was not ideal  (40% for thunderstorms in the afternoon)- my knuckle needed rest. We decided to attempt West Ridge of Pigeon spire, which would give my hand another day of rest from jamming. We woke up just before 6am and begun hiking at about 6:30am. Although a bit later than we wanted to leave, it put us in the middle of one of the best sunrise glows I have witnessed. It is hard to describe with words how beautiful it was. As they say- you had to be there!

After hiking over the col another beautiful sight opened up- Bugaboo glacier led up to Pigeon Spire, and Howser towers. After we got to the base of the route, we saw a big storm moving towards us in the distance. Bryan and I decided to hurry up the ridge, while other parties stood around debating what to do. Climbing on the ridge was not difficult and we soloed to the first summit, and than to second, and the third. The short cruxy section before the final summit was secure, and did not require roping up. We snapped a few photos and quickly descended. After a 45 minute round trip we watched the other parties get rained on while bailing- well bellow the second tower. Both of us were glad we were not climbing anything significant when the storm escalated a few hours after we got back to camp, however stories from climbers that were on longer routes at the time turned out to be entertaining.


Weather forecast for the next few days seemed perfect, and we decided to attempt another few classics- North East ridge of Bugaboo Spire (IV 5.8) and Wiessner’s (AKA Snowpatch IV 5.8) Route on Snowpatch Spire. Turned out not only we thought it was a good idea to climb NE ridge of Bugaboo on a day with perfect forecast. We were encountered by a line of SIX parties at the base of the route at six twenty in the morning! Six more parties followed. I knew "50 classics" had a nickname- "50 crowded climbs of North America ," and I finally found out why. Instead of being depressed over how crowded it was, we decided to get to know some of the people in the parties ahead, and behind. It turned out to be a good choice, and all of us had a great time climbing and descending the route. The view of surrounding peaks was fantastic. On the down-climb of Kain route all of us were impressed by the difficulties Conrad overcame about a hundred years ago.


Snowpatch was another long route with minimal required hand jamming, which allowed my hand to heal a little more. Since the whole camp was a bit tired from the group outing to Bugaboo Spire we did not expect too many people on Snowpatch- turned out we were the only party. After many pitches of simul climbing, we reached the snow patch itself some time after noon. Waterfall flowing through Wiessner overhang traverse made it very exciting, but the climbing itself was easy. Climbing past the snow-patch remained relatively easy till we reached ‘The Vein’ pitch. Two more pitches of climbing took us to another short section of simul-climbing to the summit. It is nice to have a camera in such a photogenic range.


On the descent the reality was sinking in- our next route in the Bugaboos should be Beckey-Chouinard. But there were still multiple questions that Bryan and I could not answer. “Will the route be wayyyy over our head? Will my hand be able to stand up to sustained 5.8-5.10 jamming (at this point swelling still prevented me from seeing my knuckles)? Will we have a good weather window for it? Will we have an unplanned bivy or an epic descent in the dark like some of the people in online trip reports? Is it really as long as the people in the camp say it is? How much water and gear should we take?” Michael Ybarra told me it took him three attempts to climb this route, and “it was like climbing NE Buttress of Higher Cathedral twice in a day.” Bryan and I had many doubts.

All the questions were answered over the next two days. Since we climbed three peaks in three days and the weather forecast looked less ideal, we took the next day off. It was nice to rest and recover.
We left Applebee camp and began our journey at 3am. My hand was still swollen, but tape provided superficial protection. Music in my mp3 player (old-school guys do not own Ipods) provided psychological support. After we made our way over Pigeon-Howsers col, to our surprise we saw headlamps high on the ridge, it was still pitch dark. We got to the base and racked up at dusk. With the sun in it's early stages of rising we were done simul climbing the first three pitches (5.5, 5.5, and 5.7). I let my positive emotions carry me through this climb and took the lead for the next pitch-first 5.10 of the route. It went well and soon Bryan led the next 'steep 5.8.' He took his pitch far and made the following (5.8) pitch fairly short.

Due to climbing with one pack both of us felt it was easier to lead than to follow. We made sure to link pitches when we could to prolong the time on the 'sharp end'- which also speeds up climbing. By 11:30am we were done with the first 10 pitches and took a nice break on the bivy ledge. The team ahead let us pass after the 11th pitch. Most likely I made the original face/chimney/OW pitch look real hard, since they opted for a hand crack variation. After a few more pitches we were bellow the 5.10+ traverse, which we originally planned to pendulum through- but were able to free climb. A rappell and some simul climbing led us to a sun-bathing session on the summit. We passed another party that ended up taking three days and two nights to climb the route and descent. Our dream of completing Beckey-Chouinard came true. To top it all off, we witnessed a beautiful sun set, after we got done with the rappell route. 17 hour round trip from Applebee camp is all it took, we surprised ourselves once again (we expected it to be a 27 hour day for us).

With the weather in Bugaboos changing for the worse and our big goal in the bag, we decided to change the scenery. On our way back to CA we made another stop in Leavenworth . This time we explored the Enchantment Lakes and climbed South Face of Prussik peak (III 5.9), followed by Backbone Ridge on Dragontail peak (IV+ 5.9). Both of these climbs were excellent choices, overshadowed by great camp-spots, friendly herds of goats, and incredibly scenic lakes. Watching the glow of setting sun illuminate the granite walls of Dragontail peak, from the shore of Colchuck lake on the hike out will stay in my memory for a long time. Seven alpine climbs completed, numerous of miles hiked, thousands of miles driven, friendship bond strengthened, a life time of memories obtained- two weeks of Living The Dream.


This trip was sponsored in part by the American Alpine Club. We would like to thank the AAC for helping out regular climbers like Bryan and I for helping us make our dream a reality. I would like to encourage everyone who is not a member of AAC to check their web site and see if they are a good fit for you- there are a lot of benefits! 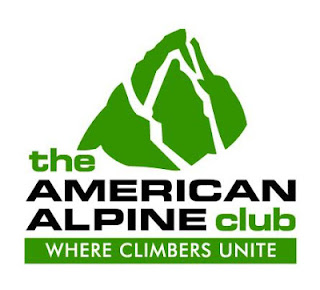